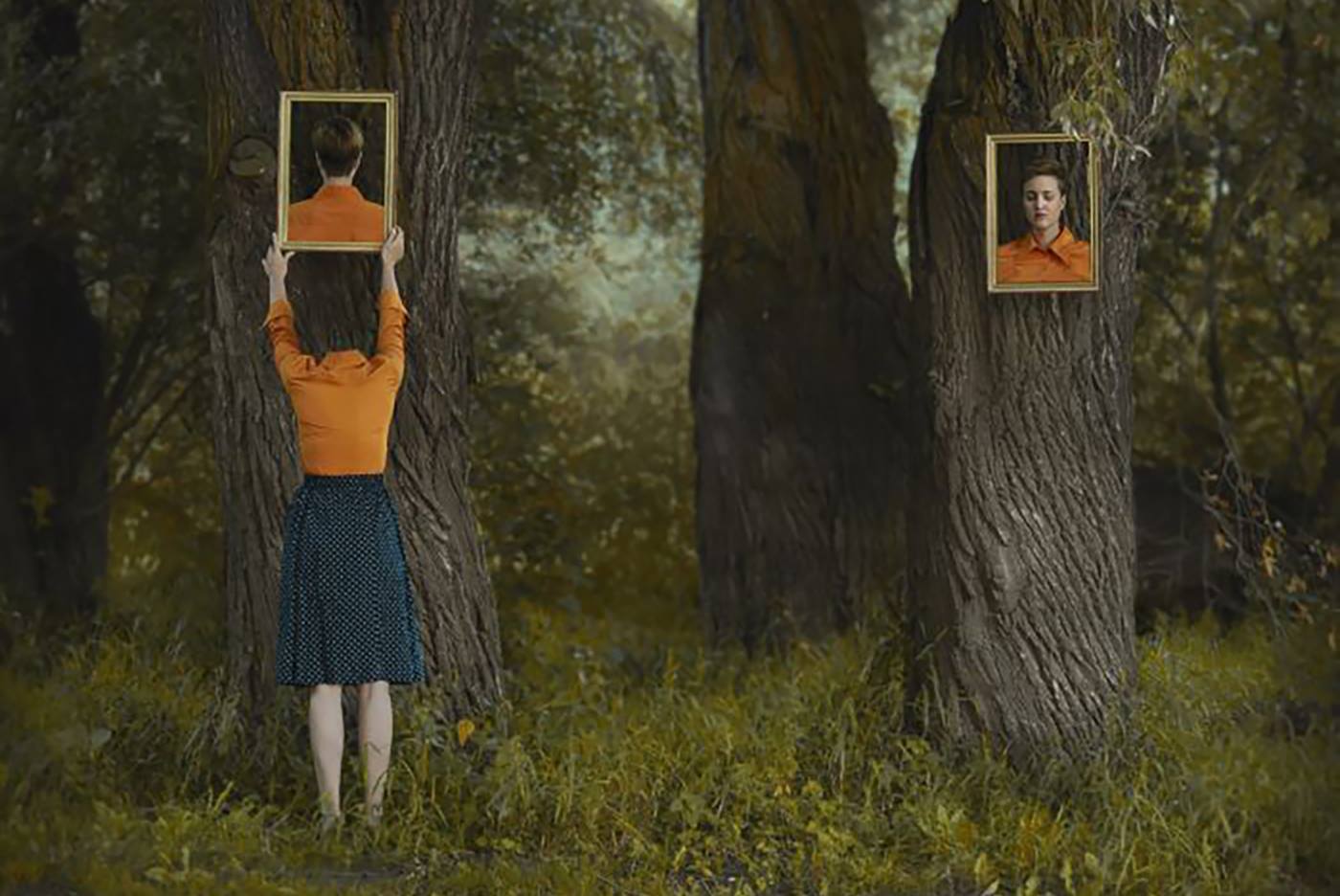 We are gladly introducing The Mirror, a short story by Sergio Cilla. This mirror shows the reflection of a woman, who does not actually know what she has done, if she has done it, or what she would do.

Daria looked at herself in the mirror. It was a disgusting view: blood all over her arms and her white night gown had enormous red stains on the front and on the sides. Her hair was messy, as if she had had a rough night of passionate sex.

She did not like what she saw, but she felt she had the right to kill her torturer. How long can a woman live with a beast who beats her up every single night?
But she had to come up with a different strategy. Who was going to believe she was not the murderer? Killing him was the first objective, finding an alibi was the second.

Daria had married John fifteen years ago. She was his second wife, and he had once said, “the second time is always better.” When he popped the question, with an enormous expensive gemstone, she knew she was also marrying the wealth and the power, however she was not aware of the baggage that came with it.
Even though she had never been in love with John, the first three years were really calm and enjoyable. She had never experienced so much opulence in her life; and her dream of being a princess became a reality. However, when their only child was born, John started behaving erratically, with the first symptoms of violence. He used to tell her she looked fat and he would have to go to “that dinner” on his own. And he would leave her sitting on the bed crying, even though she had tried her best, wearing expensive designer dresses.

What was worse was that she did not actually look fat. She simply looked like a slender model figure with a small pregnancy tummy. But John could not stand the fact that her pregnancy had ruined what he most valued in her, her figure.

Daria was 43 years old now. She had met him when she was 28, right at the peak of her modelling career. She had grown up in a poor farming community, and she had become a model when she was 18. She was extremely beautiful, and John became obsessed with her the first time he saw her. She was completely out of his league, but he had the money and the power, enough to make him feel confident and think he could get whatever he wanted. And he did. Two months later he divorced his first wife, and activated his plan to marry her.

Daria looked at herself in the mirror again. She still did not like what she was looking at. She pinched her cheeks, as she thought she needed more color, but that was not the look she was aiming at. She took a few pills out of a white bottle. She knew she was starting to feel anxiety.

She stared at her reflection, she looked as stunningly beautiful as ever. “I need to look sad and depressed”, she thought.

She turned her head to the bed, looking for the bleeding corpse of her husband, belly up and arms on his sides, blood running down his legs. She needed an alibi, or an excellent reason. She could not come out and simply say: “he was beating me up and I stabbed him three times.”

“If this is the plan, I am doing something wrong,” she thought. She was starting to have that recurring feeling of not being sure if something had really happened, of it was going to happen.

She walked slowly to one of the corners of the room and opened the window. She needed to breathe in some fresh air. She spotted one of the bodyguards on the balcony next to theirs. He nodded as saying good morning. She panicked.

“Being a murderer is not an easy task,” she thought, “things have got to be carefully planned, nothing can be out of control.”

She walked back into the bathroom. She passed by the bed and pretended not to see him. “Maybe he is not there… yet”, she thought.

She turned the light of the bathroom on and heard a knock at the door. Her heart started beating very fast. She washed her hands, but they were shaking in such a way she could not even hold the soap.

Another knock, followed by a man’s voice.

- Are you OK, Mrs. Dumbore? -the man asked.
- Yes… yes… -Daria replied, trying to hold her fear back.
- Your car is downstairs, ma’am -he added.
- Thanks… I’ll be downstairs in five minutes.

She walked timidly into the closet, thinking about what she would do. She definitely had to perfect her strategy.

She promised herself she would kill John that night, after the United Nations dinner. She did not care if she was caught. Unfortunately, it was not that easy to kill the president of the most important country in the world.