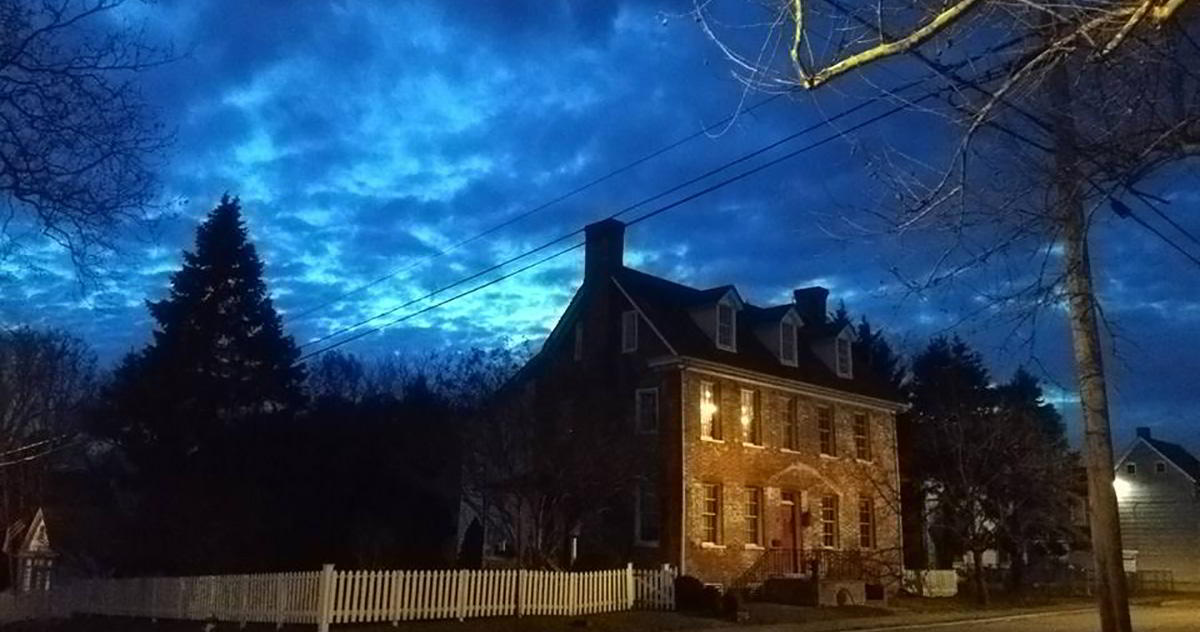 When we think of a small town, not only does the idea of peacefulness arise, but we will surely imagine something creepy and disturbing going on. We should also add a new house, whose owner has passed away. This is what “The Magnolia Plant” is all about, spooky and mysterious things taking place in a garden.

Rachel glanced at her phone to check the time again. She took a sip of water and sat up in her bed.
- Please, go back to sleep -said John, her husband, who was getting a bit tired of what seemed the beginning of the nightly ordeal.
- I can’t. I keep hearing noises in the backyard.
- Of course you're going to hear things -John replied in a tone that showed he was finding it hard to keep his patience-. This is a big house, with a large garden… there are squirrels… it can be the wind, a cat, and several other things!
- I hear human footsteps -Rachel added as if waiting for her husband to go insane.
Rachel went back to sleep unnervingly. They had moved into that house two weeks before since they had finally purchased their first home in a small town where John had been transferred for his job.
The whole purchasing process had been longer than expected because they had argued with the previous owners about an oil tank that was buried in the backyard. The home inspector had said that even though it was normal to find those buried old oil tanks in that type of ranch homes, they should be eventually removed as they could be contaminating the ground underneath.
The sellers, two daughters whose mother had lived in that house for fifty years, had argued that the house had a new tank in the basement and that if they were forced to remove the oil tank in the garden, they would put the sale on hold. Their mother had just passed away, and they were not interested in getting involved in any sort of repairs.
- When are we going to remove the oil tank in the backyard? -Rachel asked John during breakfast the following morning, with an annoying voice that anyone could say she had not slept at all the night before.
- We’ve been here for two weeks, I have just taken on my new position… this is the house we wanted… can’t you just relax? -John yelled at her, while throwing the remains of his breakfast into the sink, and slamming the door shut after him.
Rachel took her cup of coffee and walked into the garden. She sat on the porch and looked at the beautiful scenery around her. She had picked that house because she had fallen in love with that garden, and having a garden had always been one of her dreams. John worked for a large retailing company, and he was transferred almost every two years to different zones of the country. He was in charge of finding suitable areas to open new stores. They had either lived in apartments or in houses but not long enough to think of a garden. This time they knew they would stay in Church Hill for at least four years, as the company had focused on the Eastern Shore of Maryland for expansion.
Even though there was nothing in the area, Rachel had found Church Hill irresistible since the first time they started looking for a place to live in Queen Anne's County. It was a small colonial town with a few houses and a couple of churches, and it was twenty minutes away from other bigger urban centers. 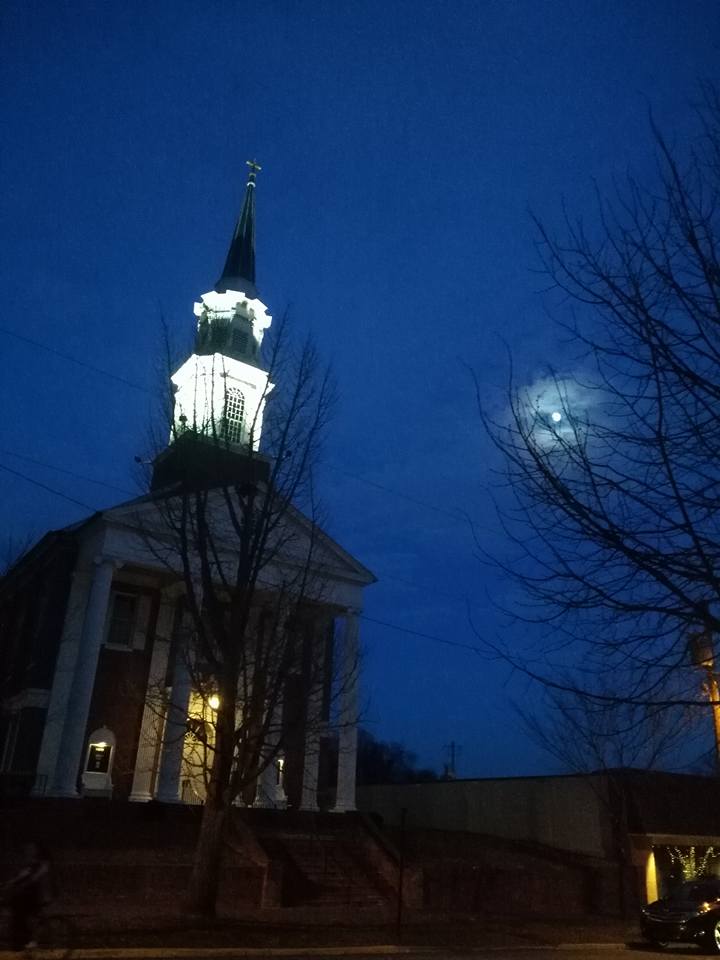 Rachel contemplated the beautiful white magnolias that were blossoming on top of the oil tank. Their sweet scent was captivating. She thought she could understand the sisters and why they did not want to remove the tank, seeing that she could imagine their mother as an old grey-haired lady, who would take care of her magnolias as if they were her children.
She walked a bit more closely to that plant as she wanted to see how that woman had managed to root them on top of the tank. She suddenly froze. She could not believe her eyes. There was a thin layer of soil and grass resting on the tank, and it looked as if they had just been transplanted. “There are magnolias all over the garden,” she thought, “why would she want to grow them on top of the tank?”
She cooked John’s favorite meal that night. She just wanted to be sweet to him, so that he would listen to what she had found out that morning. Rachel was now certain there was something wrong with that house and with the oil tank, and she just needed John's support to be truly convinced the sisters had altered the tank and the magnolias for some reason.
- I have a headache; I'm not in the mood for dinner today. I'm going to bed -said John when he came back from work. He looked completely worn out and upset.
Rachel wrapped her husband's food with foil paper and kept it in the freezer. She felt frustrated. Rachel poured a generous amount of wine in her favorite glass and went into the living-room to read. She loved Cabernet Sauvignon, and she knew she would not be able to read for long as she, in next to no time, would start falling asleep.
Two hours later Rachel woke up abruptly. She rubbed her eyes and observed her surroundings. She had no idea whether she had slept for an hour or longer, but it was already dark outside. She finished her wine and remembered her dream. She had seen these two women, dressed in white nightgowns, dragging the body of a dead old woman into the garden. Like feeling possessed by her dream, she thought: "if that had happened in this house, where would they have taken the body?” A shivering feeling took over her body when the oil tank came to her mind.

Unexpectedly, she heard footsteps in the backyard again. She thought she should awake John to tell him what was going on, but she knew that would infuriate him. She also thought she would like to have the guts to step outside and see by herself what was making that noise.
She approached the window and looked out. She could see a small piece of white cloth next to the oil tank. She immediately turned on all of the lights outside, took the flashlight next to the door and stepped into the garden. She walked to the oil tank very slowly as looking for something alive around her all the time. She picked up the piece of cloth, and she was terrified. It looked as if it had been torn off a white nightgown. She decided to walk back inside the house to let John know about this when something grabbed her by the ankle. It felt as if a rope-like root was climbing out of the oil tank and it would be rolling up her right leg.
Rachel started screaming trying to grasp something desperately while she was slowly being dragged into the oil tank. 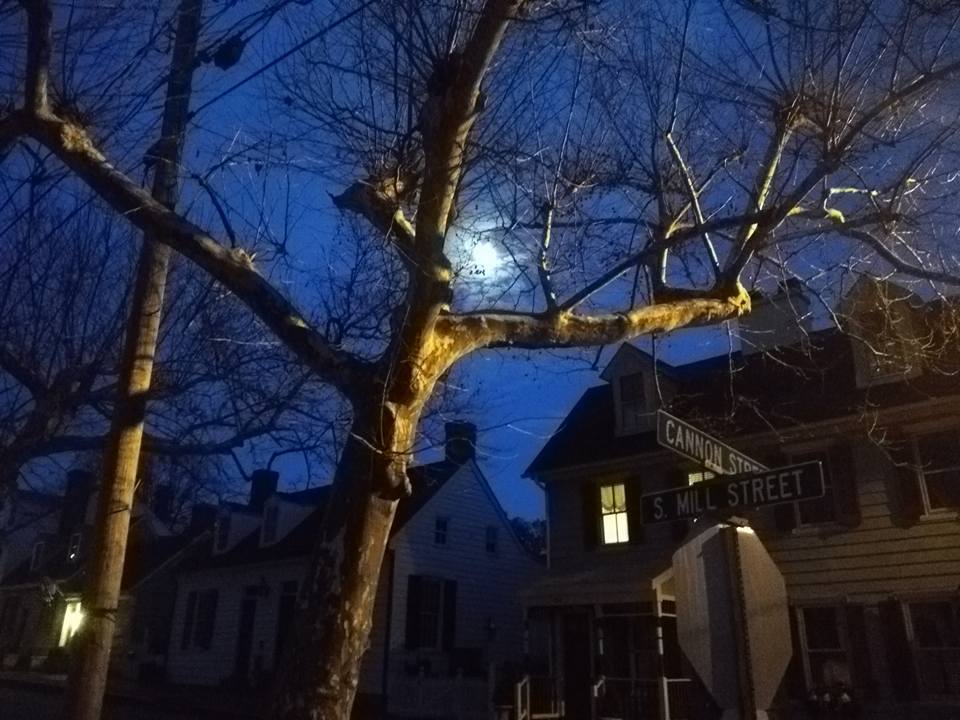 John woke up by her screams and ran downstairs and into the garden. The scene was completely unbelievable. Rachel was being pulled into the ground as if she were gradually being swallowed up by the oil tank. He could also see how the magnolias were somewhat smiling as if feeling proud of what their roots were doing, as if there was a whole conspiracy scheme against his wife in the garden.
- Please… John -Rachel managed to say as her voice faded away while she disappeared into the ground.
John was motionless, frozen, like a statue standing by the kitchen door.
He looked around as if examining the garden for the last time. There were no lights at the neighbors’ houses; nobody seemed to have seen or heard anything. He walked back into the house and switched off the lights of the garden. He turned on the coffee maker. He thought about Rachel’s family. They lived in Seattle, and they rarely had any contact with them. He would wait for a couple of days and report her missing.