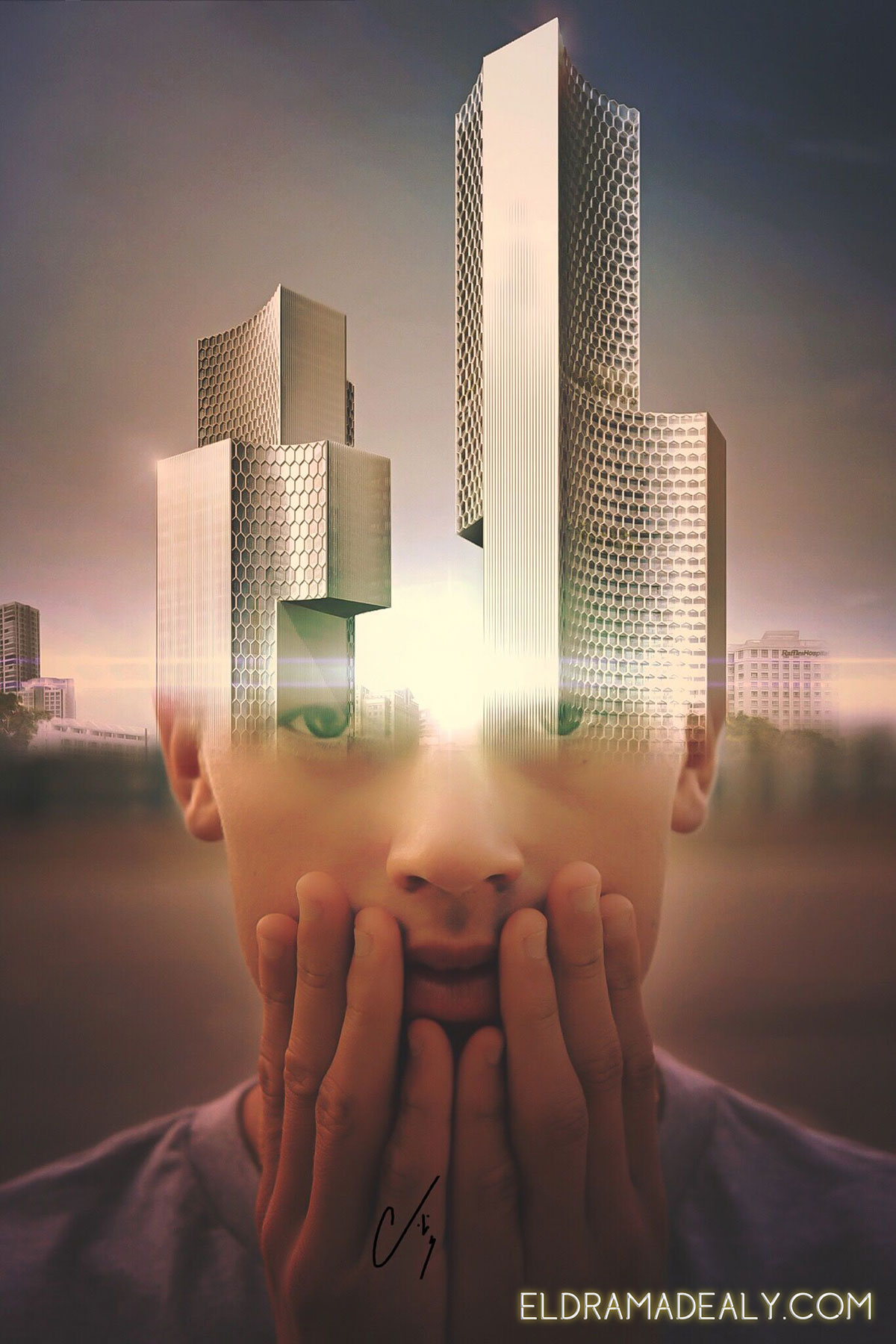 We have the ability to create and build amazing things. This skill set originated from bare necessity but it evolved as our minds developed the desire to create structures that could out last us. The purpose of these structures varies but they all share a commonality - to evoke feelings. As we look at these structures over time they tell us something about ourselves that has become an essential part of the human psyche. 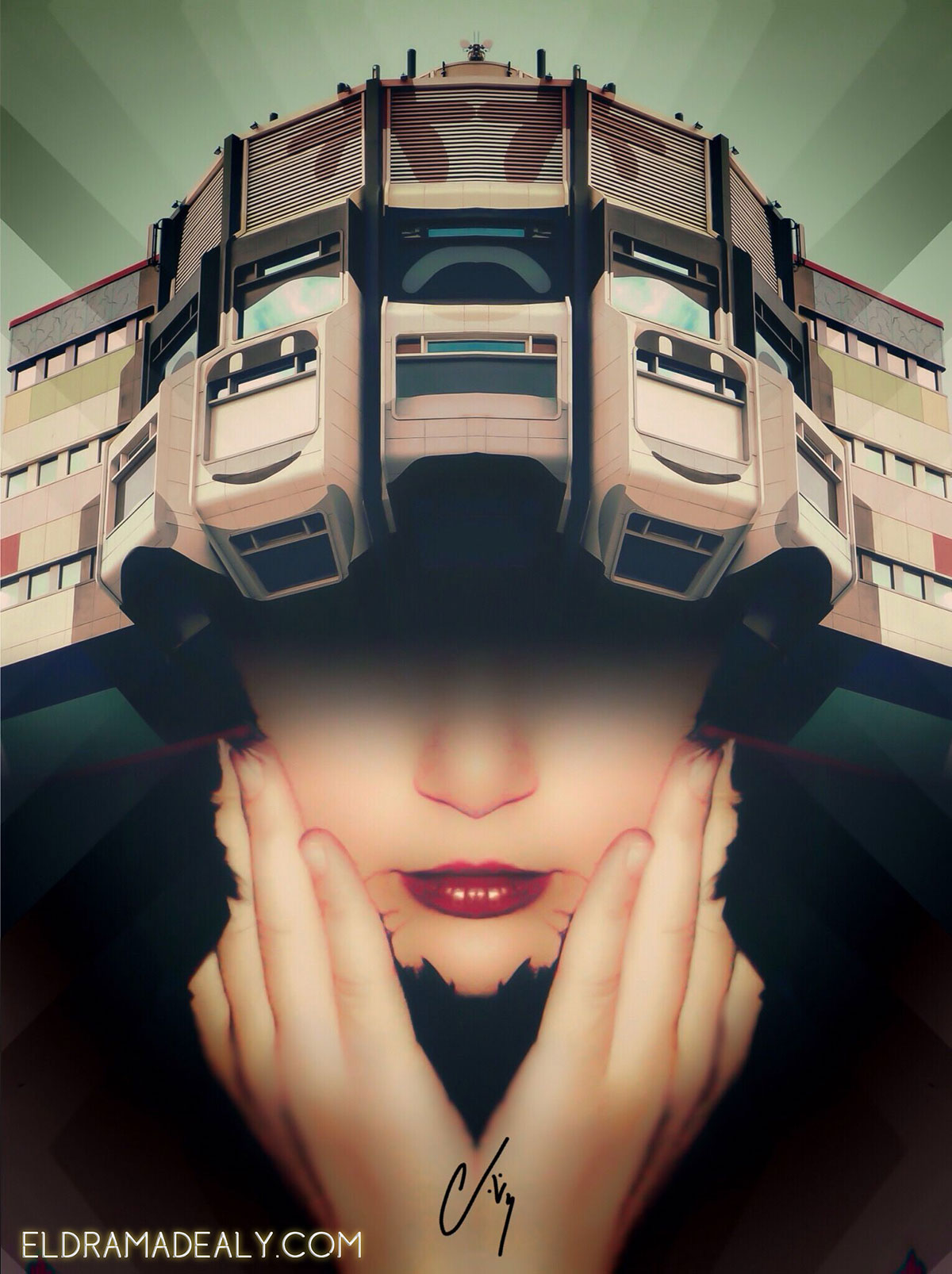 In the infancy of civilization we realized that it would be easier and possible to live in one place but this concept required some sort of land possession and/or sharing. This creates a problem with a combination of a large ever increasing populous and an insufficient global government base but we would have never seen this coming. The first permanent settlements that were successful set the example. There were many benefits to not moving around all the time so it was very hard for our nomadic selves to ignore. One of the most common factors for this change was the evolution of agriculture. Our first permanent shelters were made from wood, mud, rocks and even brick. The first religious and ceremonial structures started to emerge shortly after. These structures typically were more impressive and difficult to build than the homes of the day. These religious structures socially demanded more effort than what was dedicated to common comforts. 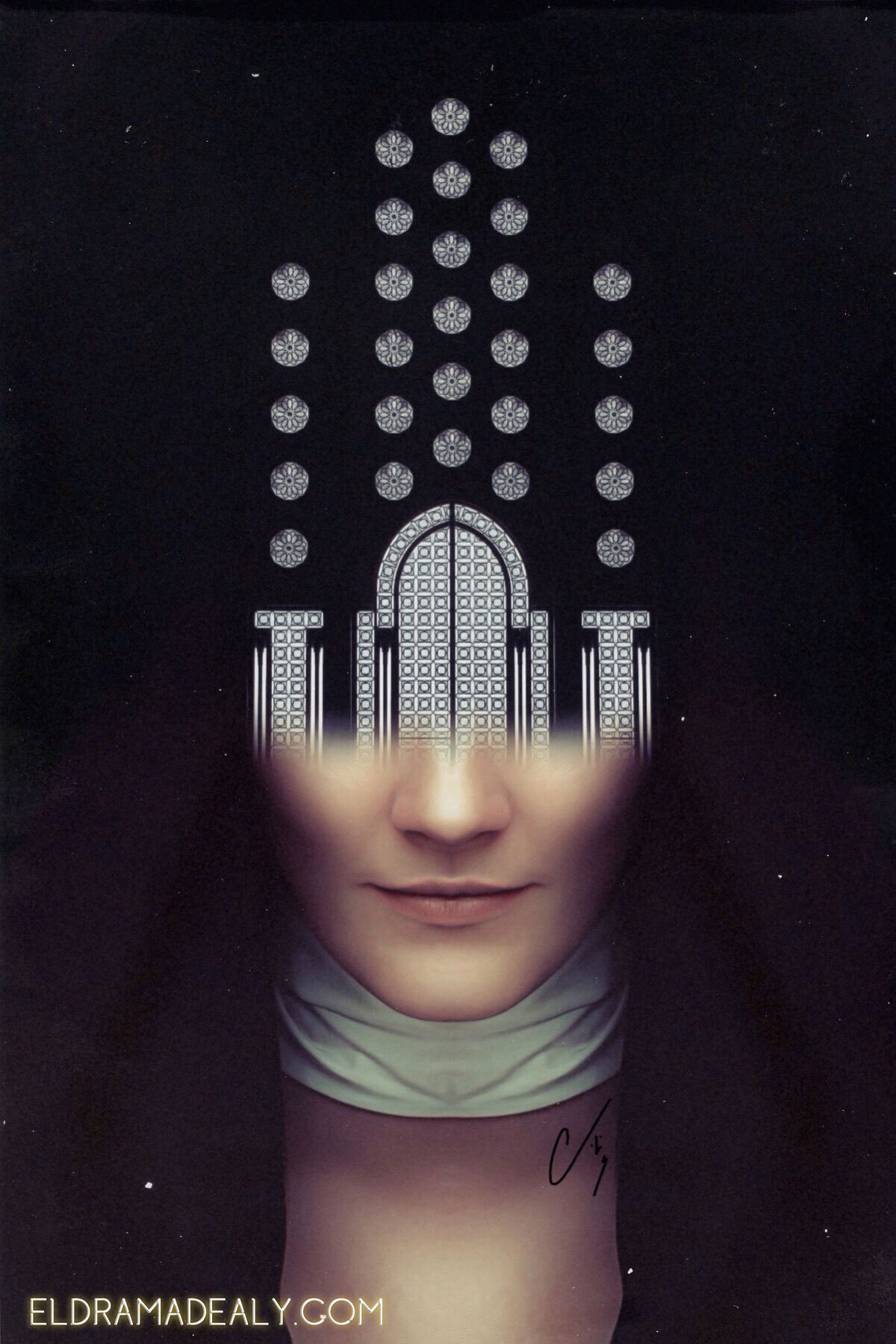 The oldest known temple that has been discovered is Göbekli Tepe. This sophisticated stone carved temple is 12,000 years old which is hard for us to imagine because it predates Stonehenge by about 7,000 years. The people of Göbekli Tepe were the first people to farm wheat and make bread which is one theory that explains why they had the man power to create such a structure. There was a genetic mutation in wheat that first occurred in this region that prevented the seeds from being scattered. This mutation would not have survived if it wasn’t for humans because it would have prevented the plant from reproducing but this became one of the first known examples of artificial selection. This evolution made it drastically easier for people to harvest the wheat so we did the planting that insured the survival of this trait. It’s important to note that even in this very early example of architecture the driving force behind these structures is social ideas (including religious beliefs) supported by physical and cultural needs. Our devotion to this formula is so strong that the outcome defies what we would consider impossible for that time. We see this time and time again throughout our history. 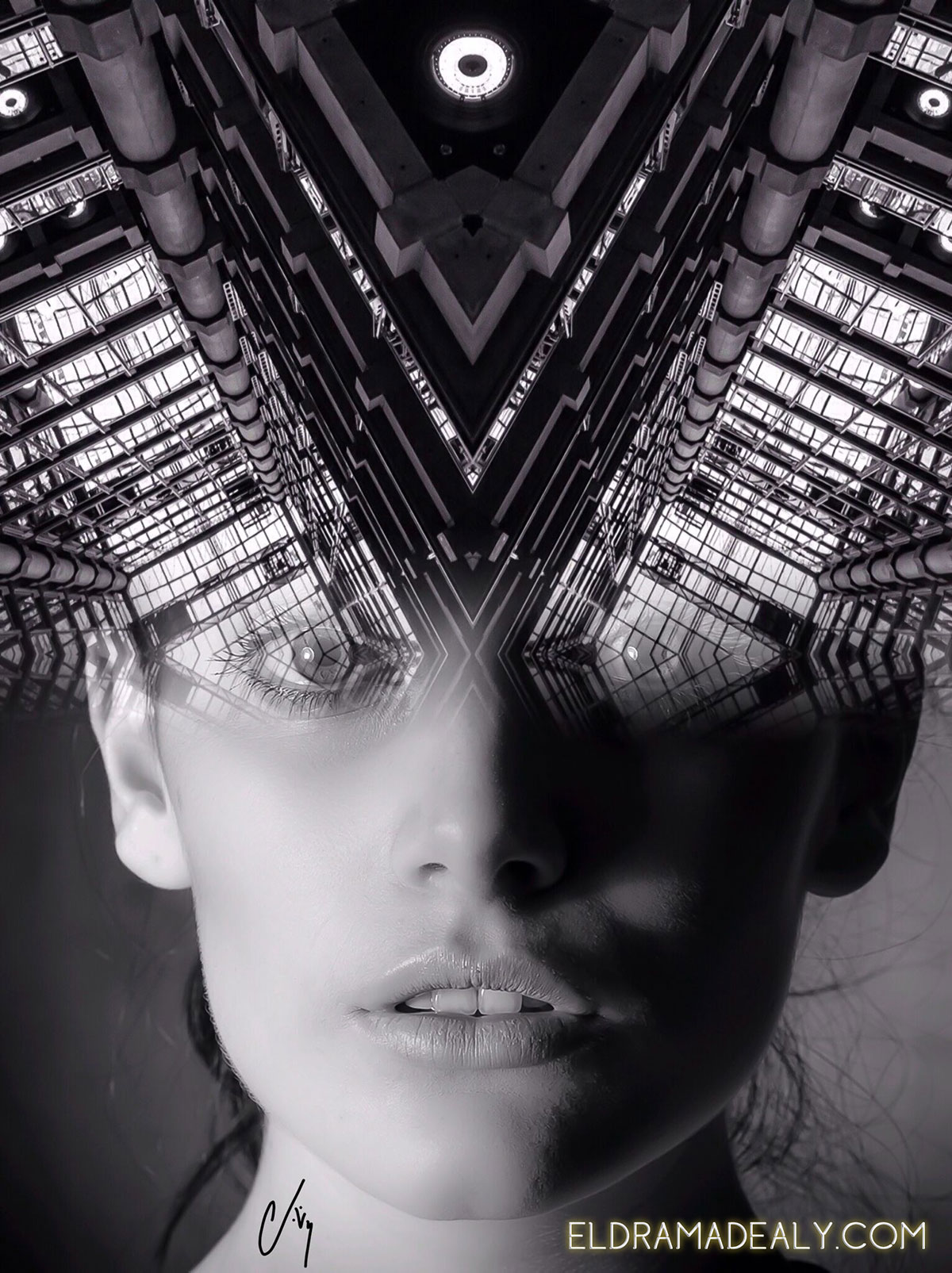 Advancements in tools lead to the development of the arch. This gave rise to more elaborate temples and monuments dedicated to the afterlife. The Egyptians became masters of creating tombs which were luxurious examples of how they treated their leaders as living gods. The Great Pyramid of Giza remained the tallest structure in the world for 3800 years. These advancements also improved fortifications against invasion but these skills all stem the evolution of sacred structures. Even some of the sacred structures were fortified to prevent their destruction and to protect their people of importance 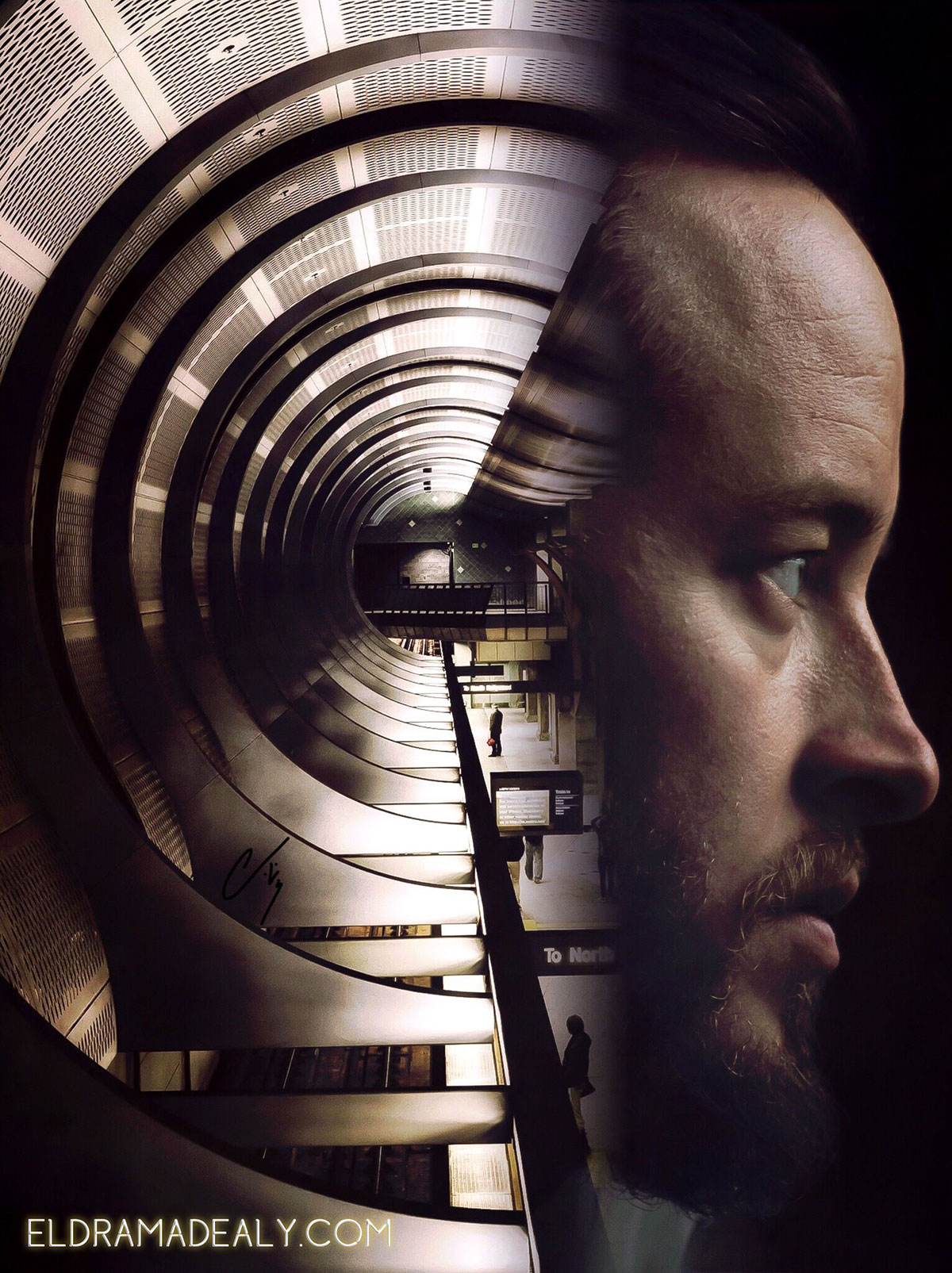 The Roman and Greek contributions to the evolution of architecture are still echoed today. They enhanced the concept of urban design and many of their achievements still stand. There was space dedicated to everything that they valued. Their design principles married culture and function. Their cities were an extension of the people - a refection of religion, politics and philosophy. They were designed to follow a set of cultural needs and the people willingly accepted these concepts as citizens. Their beauty and innovation was revered and still is. Every city/culture has its issues but overall these were cites of proud people. 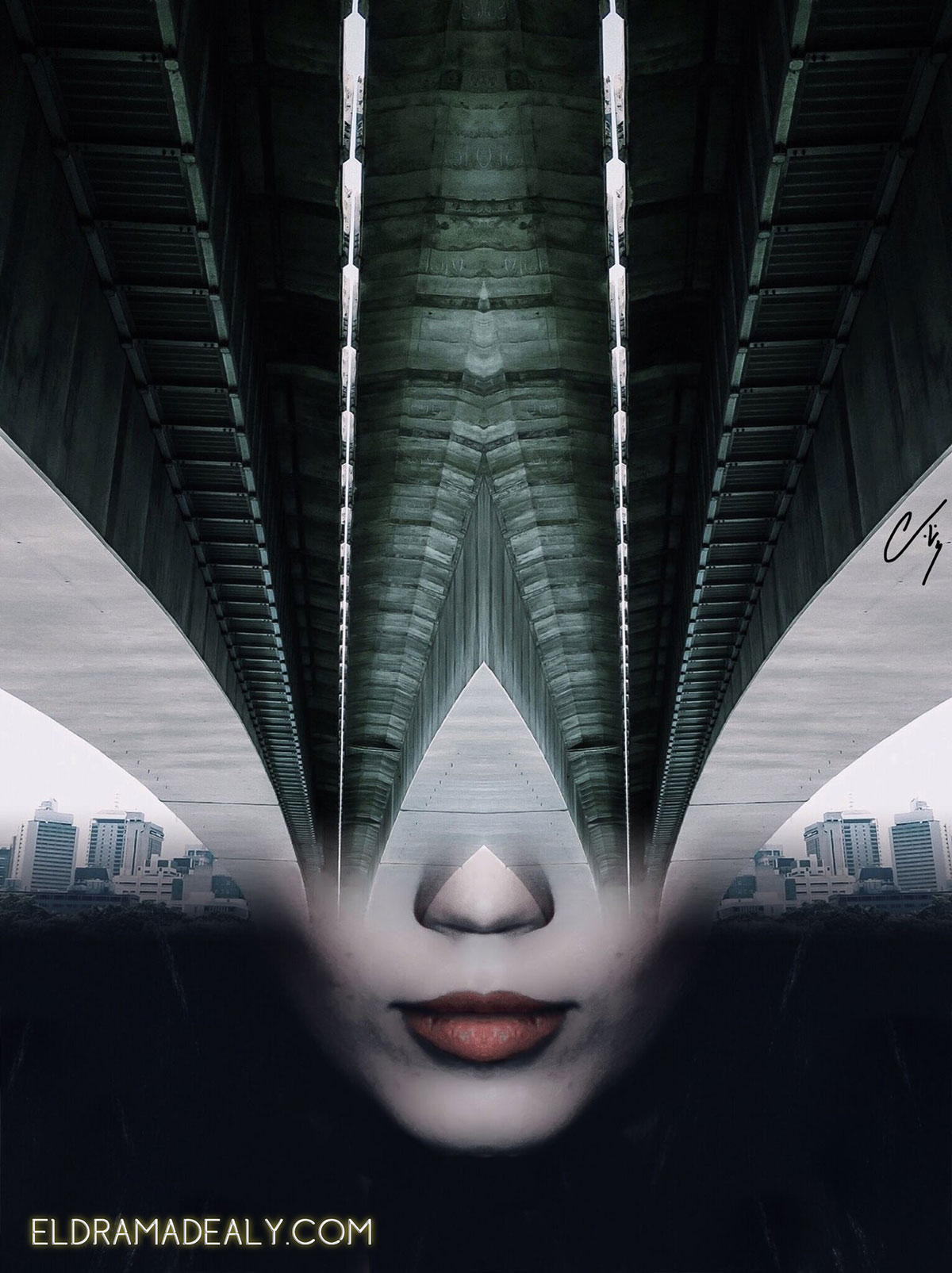 In the Middle Ages there were improvements in the construction of cathedrals and castle fortification, however, we don’t see a major shift in the design process until the Renaissance. Before the Renaissance structures were designed by the same people that built them. The Renaissance brought with it a surge of painters and sculptors. Even though these artists had very little knowledge of construction they were given the task of designing very large structures. An innovation occurred when builders had to figure out how to execute these new artist-architect designs. Many breakthroughs in construction were made during this time and builders evolved into craftsmen but the intent was the same. The most beautiful buildings were built for religious purposes and the strongest were built for defense. 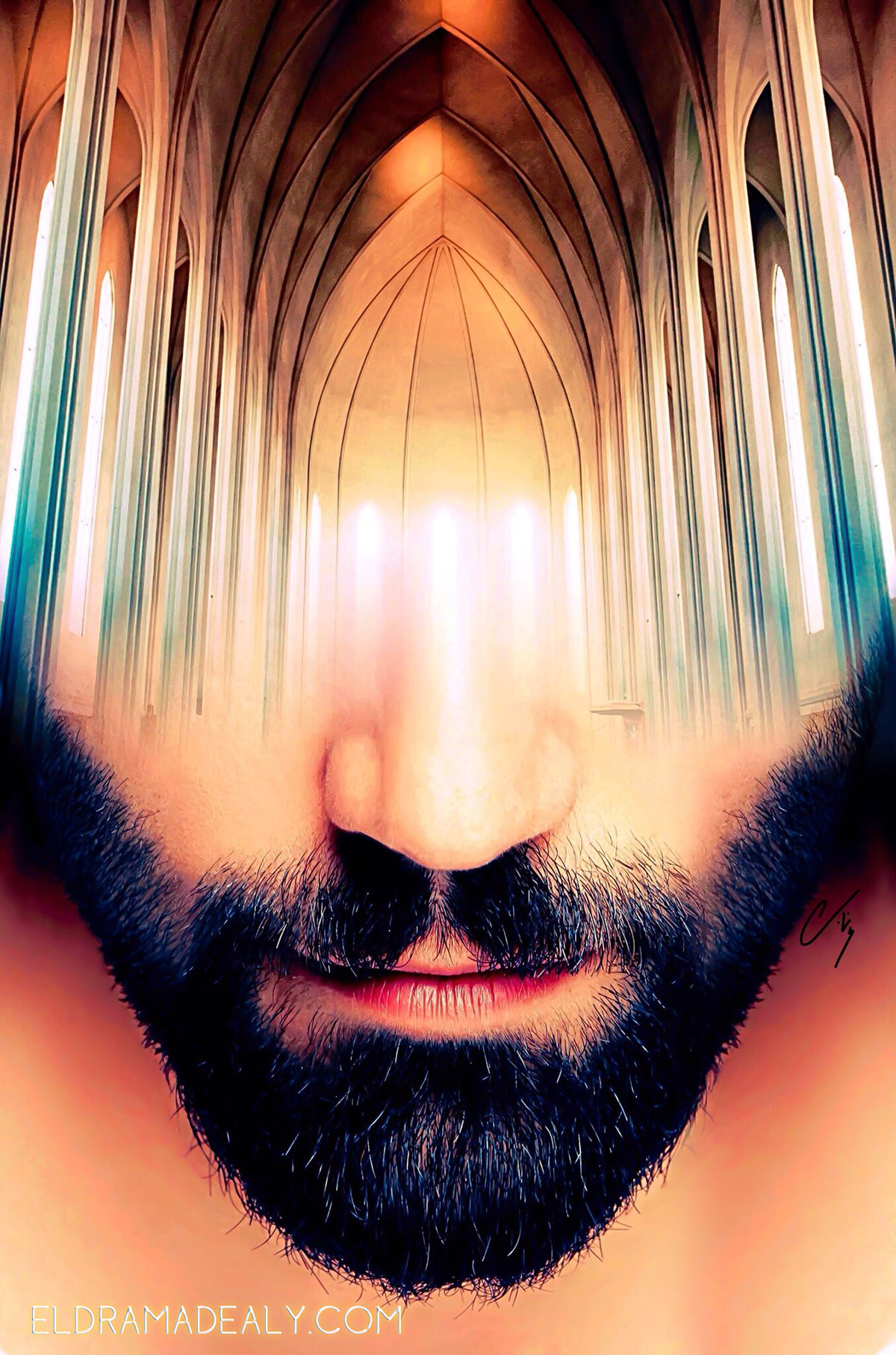 The 18th century gave birth to engineers. They used experimental science and math to create more sophisticated structures. They created, combined and improved building materials testing the limits of their creations. With the development of steel there was no stopping us and this lead to the Industrial Revolution. Eventually we were able to build bigger and better construction equipment like the industrial cranes. This made it possible to build high rises and skyscrapers. The most successful products were made in factories. Factories could only be built, owned and sold by individuals that had sufficient capital to do so. A working class was needed to fulfill the factories work demands. This started the capitalistic social hierarchy that exists in most of the world. The jobs and the demands have changed but function is the same. If we don’t work as part of a labor force then the connection between what we do and what we earn is more of just an idea. It’s a job position coupled with a “fair” wage determined by a corporate model. Our history shows that a functioning common sociological idea will tend to be followed. 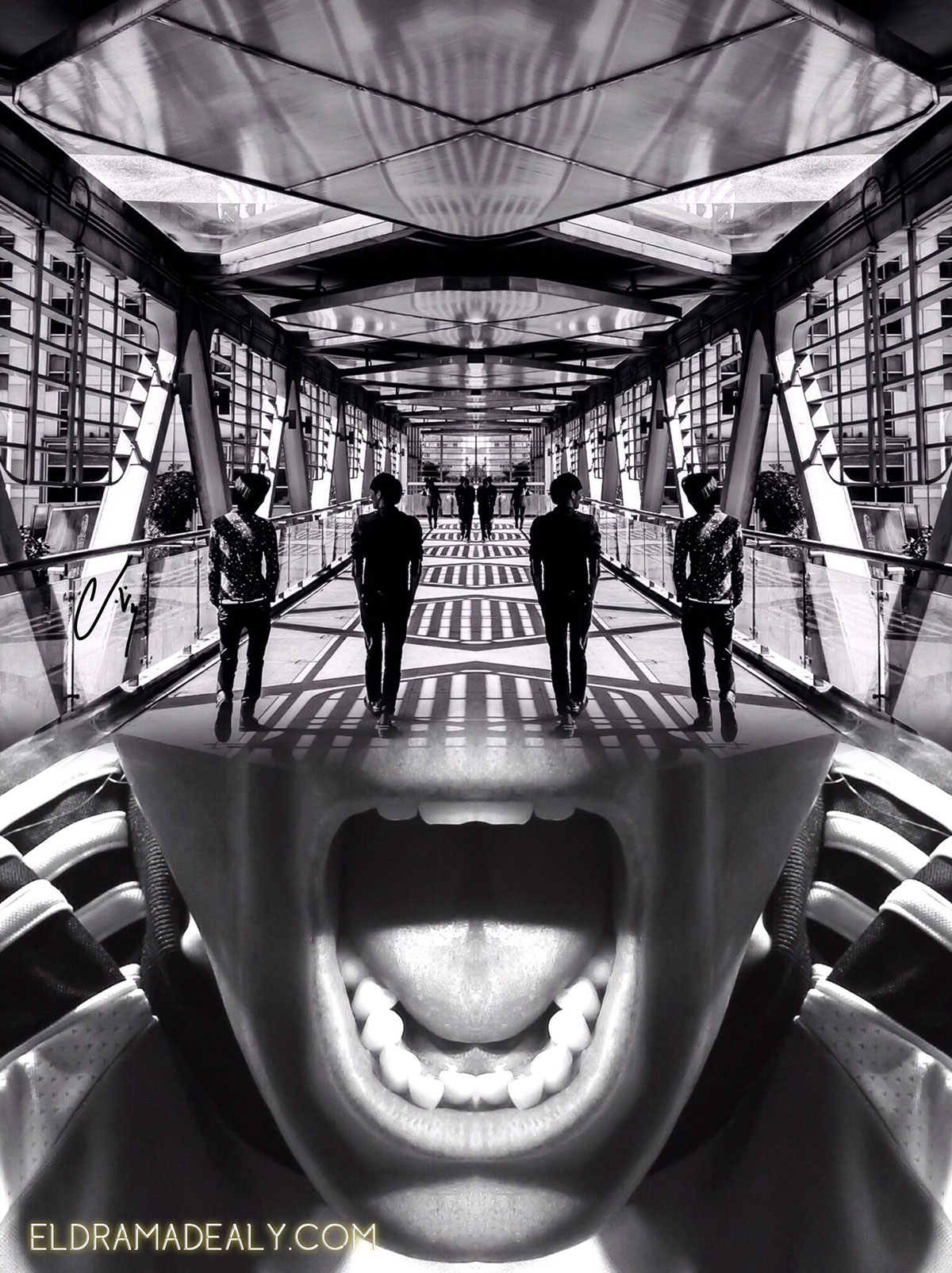 The 2717-foot-tall Burj Khalifa in Dubai is the world’s tallest building and a marvel of modern architecture. Dubai is a global city and some say that it’s a model for the next phase of city development. Their government invested a huge amount of their oil profits into Dubai’s infrastructure, tourism, education and business. This is what has turned Dubai into the ultramodern economic hub of the Middle East. Dubai now has its own blockchain-based cryptocurrency (encrypted digital currency) called emCash. Supposedly it’s more secure, easier and faster to use. If it increases the ease of business it will eventually also save money. With all the money going through Dubai it becomes a natural test site for this new currency. If successful they would be the world’s first city economy with its own cryptocurrency. As a result I’m sure we’ll see other global cites looking at similar options so they can stay in the game. This is a new layer in our digital world that we haven’t seen before. Digital currency is now part of a cities infrastructure. There’s been digital access to money for as long as I can remember but this is something very different. I’m sure that Dubai is a beautiful city but I’m afraid were this is going. 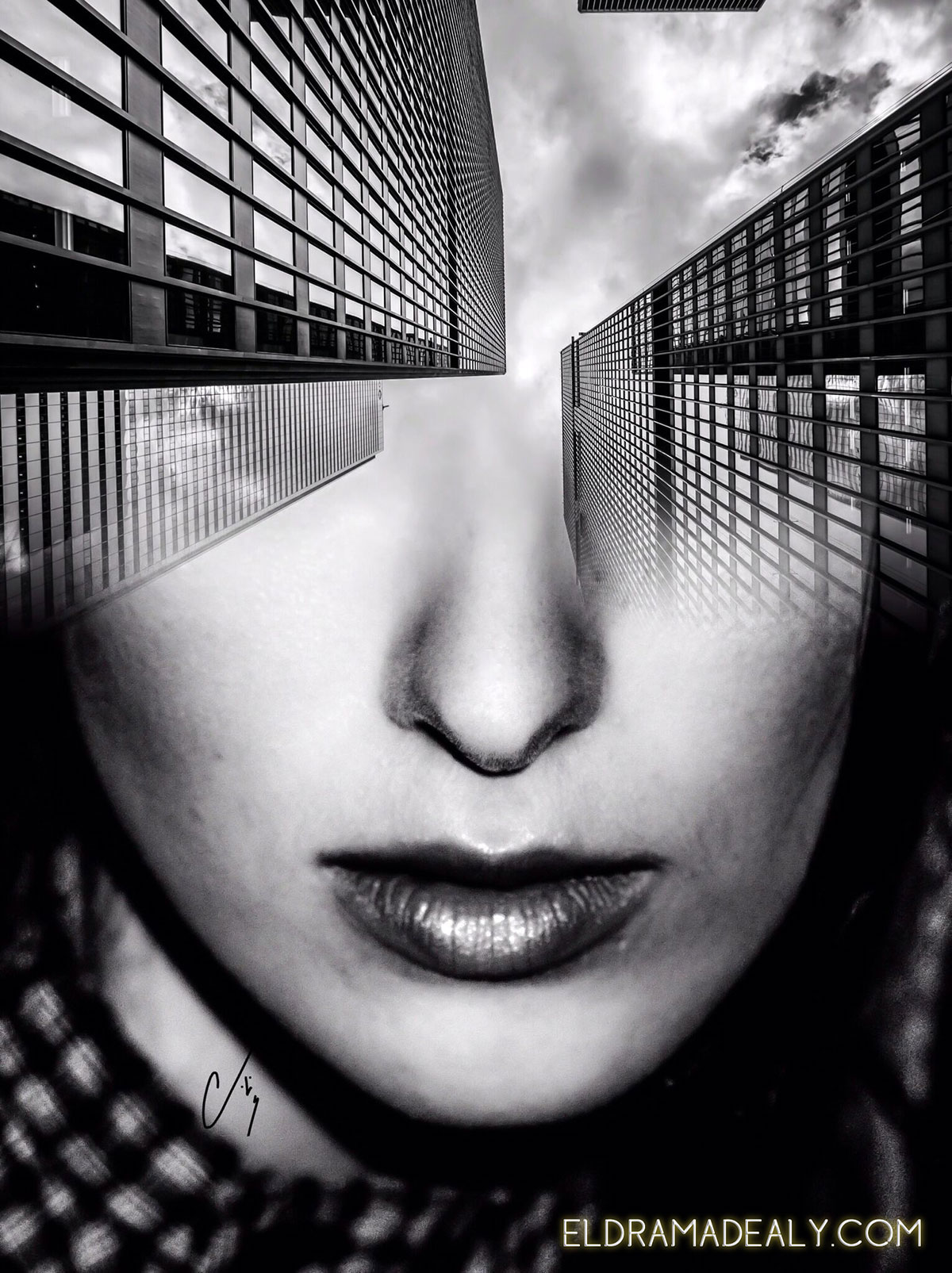 Over time there has been a shift in our passions for building and architecture. Part of this new passion is fueled by the need to test the limits of our ability to mold our environment but it’s not enough just to test ourselves; we also seem to have to innate desire to be the best. We want our own piece of this idea and in doing so we feel like we need to participate in the climb. These desires were born from the need to appease something bigger than us or by citizens participating in their own cultural relativism but now our drive has been replaced with pseudo objectives. These global cities are physical manifestations of an idealism based on power and wealth. Their main focus is attracting more power and wealth instead catering to their citizens. Everyone outside of these economic goals becomes caught in the wake as unknowing participants in a larger corporate agenda. Some of these cities literally work their people to death. 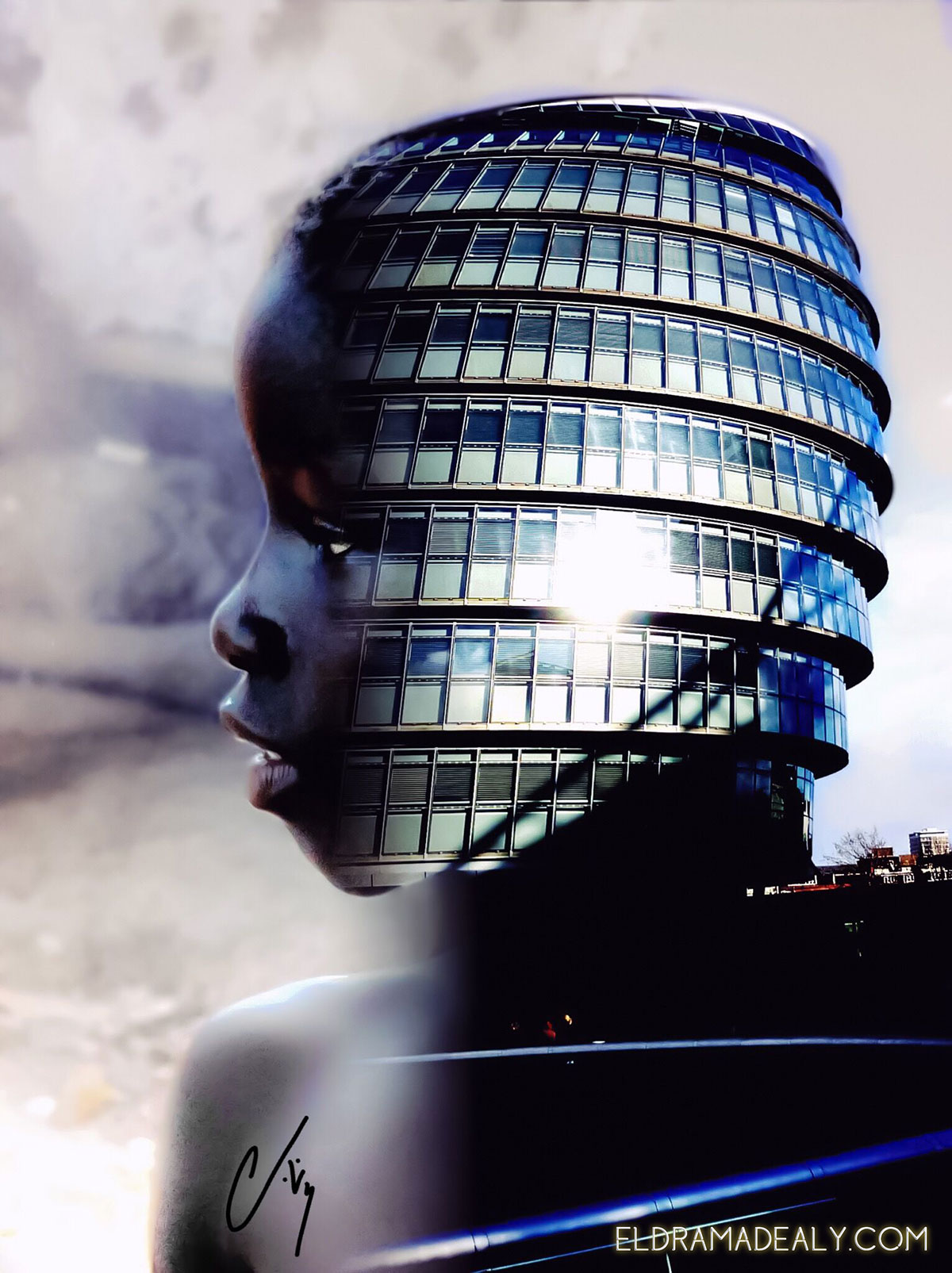 The great structures of today couldn’t be any more detached from the common people but they are still admired and worshiped as symbols of greatness. The accolades that are reaped from these great structures are only enjoyed by an elite few. I’m not saying that modern architecture can’t be pleasing, beneficial or artistic. I’m worried about these planned global super cities that are adorned with gleaming trophies which are constructed with the intent to mindlessly persuade the masses. I have to ask… What gods are we worshiping now and what part does everyone play in the shadow of these corporate temples? 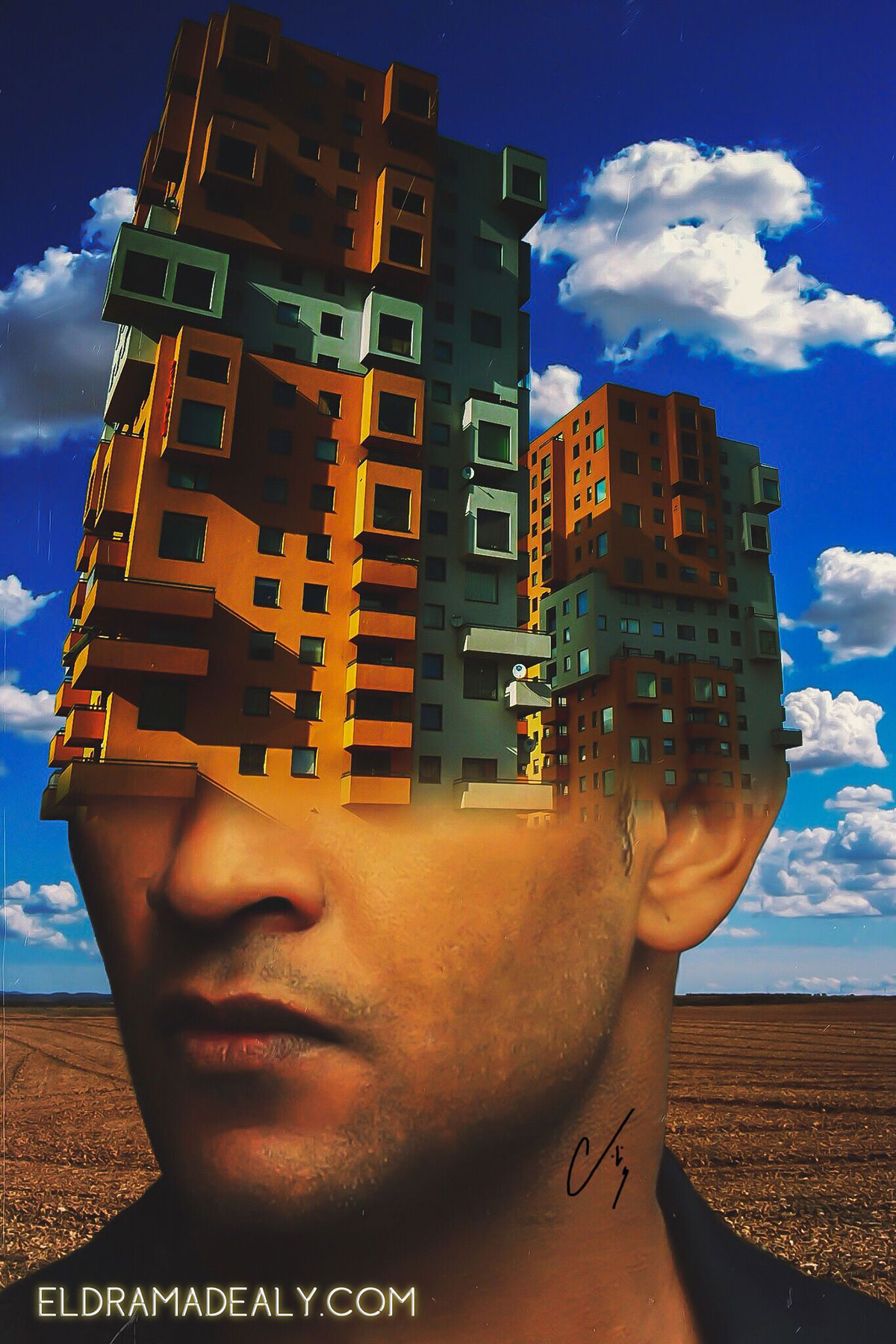